I share with you my letter to Sam who turns 18 years old tomorrow. When you have your second and now only child left – you get to brag. (and likely embarrass him)

I had the day off and I watched TV the whole day. It was a heavy feeling of sadness, disbelief and fear. What happened? What kind of world is this? For two years prior I was trying to have a second child. Two miscarriages later I was still wanting my family to grow.  When 9/11 happened my viewpoint changed. I was happy to have one healthy child. Nothing else mattered.

Nolan loved having a little brother. Five years between you. He knew to be gentle with you at first.

Then he treated you like a typical little brother. Lots of teasing. Competition. Wrestling. You would yell out “NOWAAN” when he took your toy or he beat you at a game.  You both were spoiled and loved by grandparents and aunts. 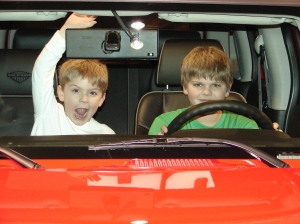 Nolan became a teenager and you guys still hung out together, just not as much. You started searching for your own identity. You heard how smart Nolan was. His musical talent. You did some of the same things he did.

But you are not your brother. Yet you had to find what you liked and what you thought you were good at.

Reflecting back I believe your junior high years were your time of  searching. When you were young if something did not come easy you got so discouraged and you gave up. Right before high school you discovered playing drums and running track to your liking.

Nolan left for Purdue.  Finally – you didn’t have to share the bathroom! You didn’t have him pestering you. But then he was back – and different… You didn’t understand what was going on with him. What is depression? What is wrong with Nolan?

You started high school. Immediately you became part of a great marching band family. You were settling into this next chapter of your life.

One month into high school your brother passes by suicide.

I remember calling your school counselor. Emails sent to your teachers. You chose not to stay home the next day. Or the next… You did not miss any school those many weeks after. You had support of your friends and you wanted to keep going. You had your own way of grieving and we followed.

You joined the wrestling team – as a freshman – never wrestled a day before. I  couldn’t watch any of those matches – you never won one- yet you NEVER gave up.

You succeeded in school. You worked multiple jobs and still did band and track. Hell- you broke your pole in pole vaulting!! 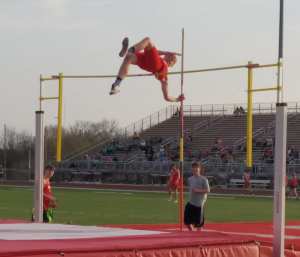 But you had a hard junior year. You found out hard work is needed to succeed. You have had your heart broken.

you have won and you have soared. 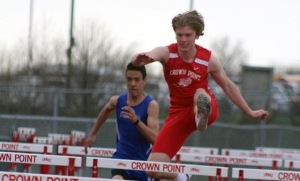 I am so proud of you Sam.

You are strong. You are smart, bright, incredibly modest, kind

and I know you hate me saying it – but damn-  you are a good lookin’ kid.

You will have a good life.

I am a pediatrician practicing in the Midwest for the last 23 years. My life forever changed when my son took his life at age 19. I am learning to walk now as a grieving mother. I trust in God and continue on in my life. I still laugh and love with the help of my family and friends. View all posts by grievingdoctormom

The greatest WordPress.com site in all the land!

My thoughts on life.

Life after losing a child

You are not alone

A place where I can share my thoughts on my life journey in serving others through my practice and still going on after losing my son to suicide.

Walking in the Valley of the Shadow of Death, A Mother's Journey of Child Loss

A daily selection of the best content published on WordPress, collected for you by humans who love to read.

The best longform stories on the web

The Art and Craft of Blogging

The latest news on WordPress.com and the WordPress community.